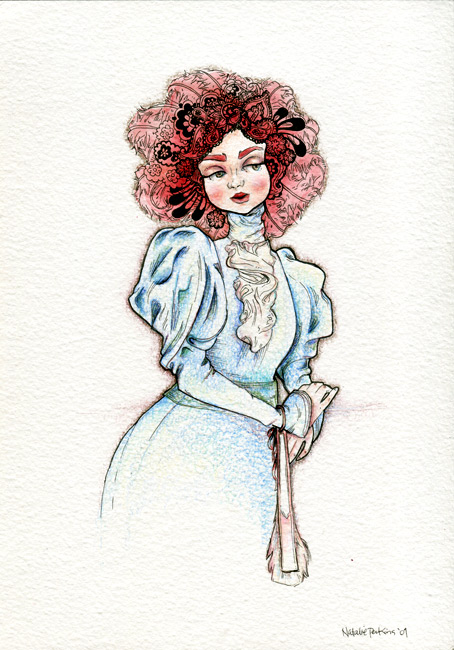 I have been doing a lot of commissioned drawings lately, which is awesome! This one is for the lovely Omega and the one below is for Ms Katy. 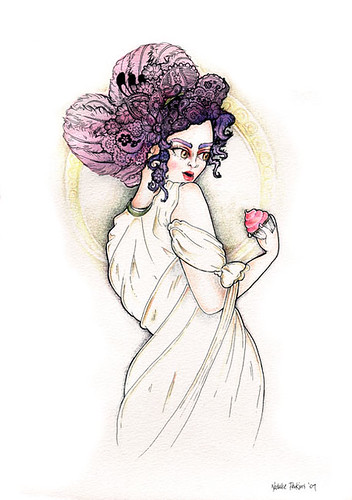 The exhibition opening at KILN was on Friday night, and I still feel terrible about not taking any photos! I was sort of flustered because it was a little muggy and then a little stormy, and I was running in and out of the gallery saying hi to friends who were kind enough to come by and check out my debut in a gallery! Brisbane demonstrated her seductive two degrees of separation once again: I discovered that Cate at KILN actually went to school with my sister!

Afterwards, we dashed across town to the BTUB “tweetup” (I hate using “twords” as a rule but there’s no other way to succinctly explain it!) and had awesome times with awesome peoples. It was moustache-flavoured night, thanks to my entirely rad Poirot moustache necklace that I made earlier in the day! 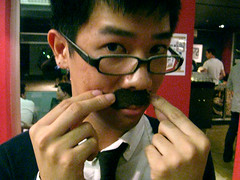 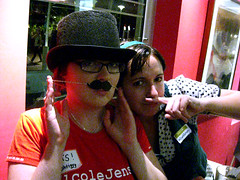 People were asking if they could buy the necklace, so I’ve made up five to sell (maybe on etsy or something?) One has already been reserved for Spencer though, because we almost came to fisty-cuffs over the ownership of the moustache :P