I thought I’d get off the video thing but yesterday I realised I hadn’t done a “video portfolio” and I wanted to see if I could top my old one, done in September last year. Because I’ve now got an iMac, I also have iMovie… so I’m able to do all kinds of rad edity things that I couldn’t do last year with Windows Movie Maker **gag** You might notice on most of the still frames there is movement across them – that’s called the Ken Burns Effect, and I might have abused it a little bit on this video because I just learnt how to do it. ha!

The music in the video is all Creative Commons licensed! Isn’t it awesome? Melissa Maples recently turned me on to CC resources, and I’ve been so impressed by the quality and the scope of music available. You can see who created the three songs I’ve used in this video by hanging out until the end, or just going to the YouTube page where I’ve also supplied links to the song pages on ccMixter.

Video has been intriguing me lately. I never thought I could do it – in the past I’ve attempted animation but the one thing that kept tripping me up was the dimension of time, and how to manipulate it while using all the other design principles that have been drummed into my head for two dimensional work. I am having heaps of fun experimenting with iMovie though, it’s definitely a less intimidating jumping off point into the world of video editing. I’ve boldly told Nick that I would like a video camera for my birthday, plskthx! (Though I’m fairly realistic about my small chances there… unless I pull some super huge fantastical commissions soon!) 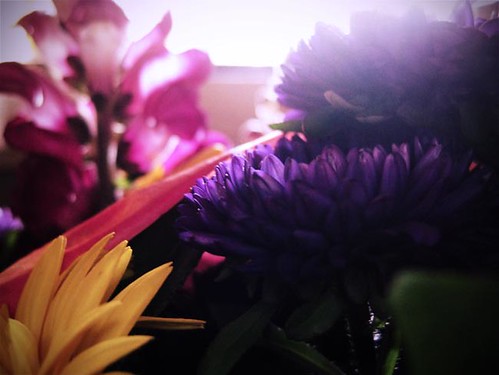 I’m not sucking up at all (Hey Nick ILU pls buy me a video camera) but here are some photos of the beautiful bunch of flowers he bought me the other night. It is a HUGE bunch. There are literally 20 billions of dimensions of flowers in them! 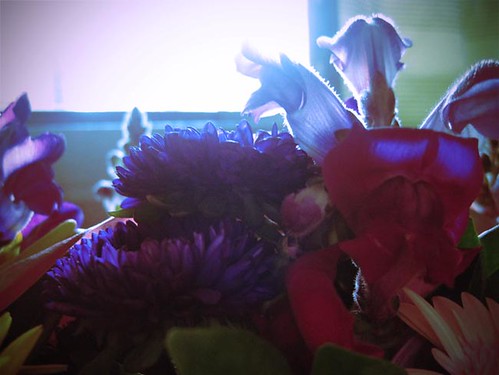 They make me want to start drawing flowers more. 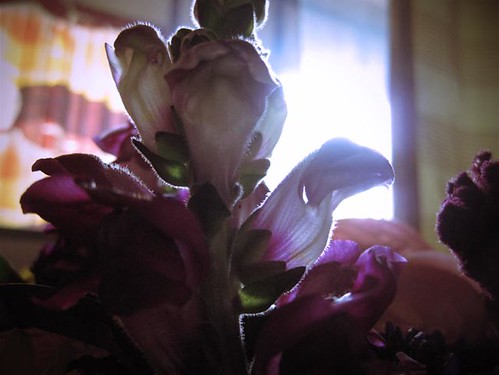 Do you have any requests for video stuff? It seems like there’s a whole world out there for me to talk about, but I don’t know where to start! Leave me some requests or suggestions in the comments or on my YouTube channel and I’ll do my best to get some new videos up!