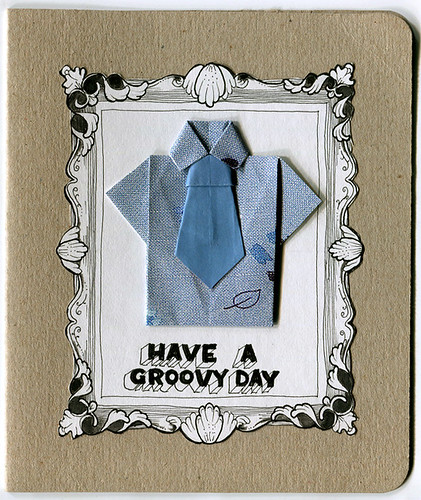 It’s Father’s Day in Australia and New Zealand tonight, so we went over to Mum and Dad’s to have a big family dinner. I gave Dad this card, which I made from reclaimed materials (including: card from Reverse Garbage, drawing from my notebook and paper from Frankie magazine).

We also made Dad special home made strawberry jam, or “Boonge’s Conservative Conserve”. I can never remember where “Boonge” came from, but it’s a name bestowed on Dad by some of my uncles on a fishing trip many years ago.

Anyway when I went over, Dad told me that he’d come across some photos of his Mum’s family, taken in 1945 by Pix Magazine. They lived in a mining town that had been producing munitions during the war, and the magazine was looking at the effect the end of the war had on families in the town.

This is most of my grandmother’s family – she’s sitting on the far side of the table, just right of the centre.