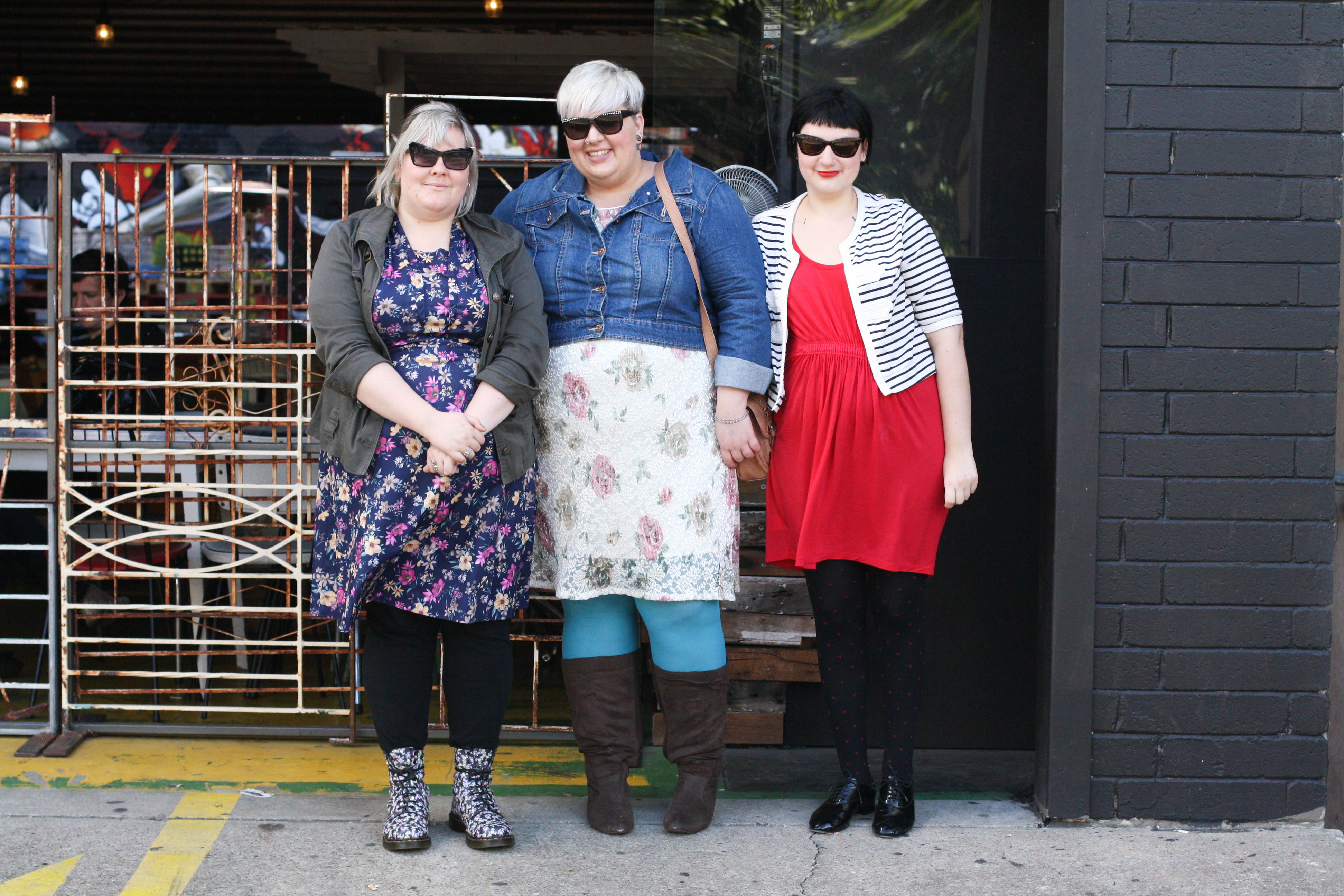 Today the Mind, Body, Spirit Festival is on in Brisbane and Mum really wanted to go check it out. She collected my sister, Nick and I and we toddled off to the RNA Showgrounds. The convention was absolutely packed! Being somewhat of a skeptic, I was mainly there to get out of the house and catch up with Mum and my sister, but there were also lots of pretty crystals to look at.

We lined up for a quick reading from a medium called Jade-Sky, and I really didn’t have a question prepared but she said that I was a teacher, someone who gathered people around me and influenced them. I’m always surprised when people say things like this (and there have been a few, but none of them clairvoyant!) because I don’t see myself as that kind of person at all. All I could blurt out was, “Well um, I have a blog?”

After battling our way around a few aisles we emerged with hungry tummies so deserted the festival in search of food. Some guy even offered to take a group photo of us, so that was nice! After lunch I mentioned that Kerbside was a cool place to hang out so we went there and found a Zoe and a Sonya! Horay Brisbane!


Mum got in on the outfit photos too. Check out this next level awkward lean action! Future blogging maven, definitely.

And then back to moi. Naturally.