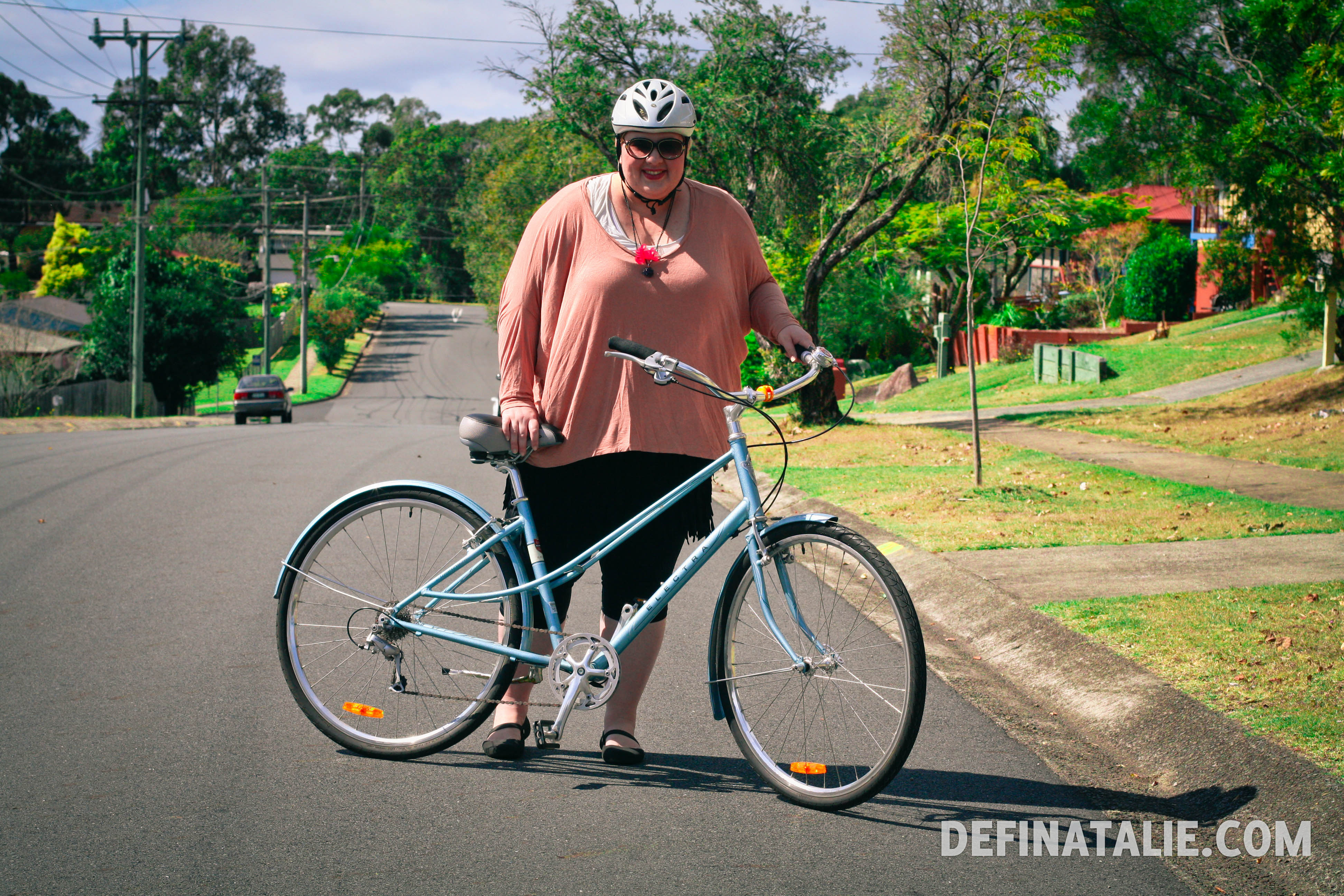 My first bike was a mustard yellow Malvern Star that Dad bought second hand for Christmas. The colour was awful and I remember being excited to have a bike but so horrified at the colour. Dad taught my sister and I to ride in our cul-de-sac and soon we were flying down the hill in the middle of the road like we owned it.

Even though the colour of my bike was the approximate shade of a McDonalds cheese slice stuck to an oily wrapper, I grew close to it and learned of all its secrets. If I wanted to carry stuff on the rear rack I had to balance it just right because it was a little bit wonky; and no matter how hard I tightened the bolts on my handle bars and seat they would go askew at inconvenient moments throwing me off the bike violently unless I paid attention to the warning signs.

I had that same bike until I was about 16 and with it I explored three different neighbourhoods; I rode around multi-story carparks, made my way through bushland to fish water lilies out of the creek and snuck out to the shops to get ice blocks on hot summer days. There must have been some moment when I thought I had outgrown my ugly yellow bike, leaving it in the garage in favour of catching trains and buses to explore things outside my neighbourhood. When I learnt how to drive a car it seemed that I would never ride a bike again!

In recent years I’ve noticed a renewed interest in biking for transport and fun. Brisbane City Council have even started the City Cycle initiative with bikes for hire to get around the inner city and CBD. The programme is pretty cool but I never lived close enough to a City Cycle station to have a go. That, and the last time I’d ridden a bike was well over a decade previously! So living too far away from a bike station, having long distant bike experience, no helmet and lingering doubts that one of the City Cycle bikes could even hold my magnificent body sort of precluded me from jumping on a bike like the Council wanted. Their “healthy initiative” unfortunately won’t be a great success until it becomes more accessible and inclusive.

The thing about encouraging fat people to “just get active” is that far too many activities are unwelcoming and even hostile to fat bodies. Did you know that many resistance machines at gyms have weight limits? Fat people do. Have you ever gone on a nice walk only to have people looking at you or screaming fat hating jeers out of cars? It happens to fat people all the time. So pardon all the fatties when they react with extreme suspicion to council “healthy lifestyle” initiatives!

It wasn’t until I came across the Fat Babes on Bikes Tumblr that I truly believed I could possibly get on a bike again. When the seed was planted, it grew furiously! Fuck Yeah Fat Positive started receiving lots of tips and information about bike riding for fatties and with those bits of encouragement I started researching bikes, tyre pressure and seats until I was fairly confident that I’d be able to sit on a bike and fly down a hill just like I used to.

Before we moved down the coast I had a few goals, and buying a bike and learning to ride again was one of them. My plan fell into place beautifully thanks to Zoe, who sold me her Electra Amsterdam Ticino! I started out by having a ride on the grass with the seat lowered but found it really hard until I figured out the gear was set high, another challenge for me since my childhood bike was only a fixie. My first practice left me feeling exhilarated but a bit daunted, it was a challenge to balance myself on the bike and control the brakes.

So I sat back down at my computer and looked up information on learning to ride as an adult. Best of all, I discovered I wasn’t alone and that I wasn’t a complete failure for forgetting how to ride a bike! Top tips that were helpful for me: don’t use the handlebars to steer, instead use them for balance; it’s easier to ride in a straight line when you’re going faster; and many people find rolling, not pedaling, down a gentle grassy slope useful for getting their bike balance. There are quite a few more tips on this fantastic forum thread too!

A few days after we moved into our new place Nick went out and bought his own bike. The assistant at the bike shop was super helpful and listened to all the things Nick wanted to have in a bike, plus he ensured the best fit. Nick bought a speedster, a much faster bike than my Dutch city-styled Electra, and we started out slowly for my benefit because Nick seemed to be able to get the hang of his bike much easier! Once I raised my seat to the right height for me everything clicked and I was able to ride down the street with a fair degree of ease (but alas, very little grace!)

We’ve been riding down to the shops, along the local bike path and exploring our neighbourhood and while I’m still a little nervous it’s incredibly liberating to be able to get on a bike and make it fly. It’s been so beneficial for my social phobia too, allowing me to go outside for some exercise and exposure to the world while still having a little personal space bubble enveloping me and my bike. I’ve been able to ride around by myself without feeling like everyone is going to laugh at me, probably because my bike makes me feel like I really am in a badass bike babe gang! I’ve even got plans to sew myself up some cute biking outfits. Wanna join my gang?