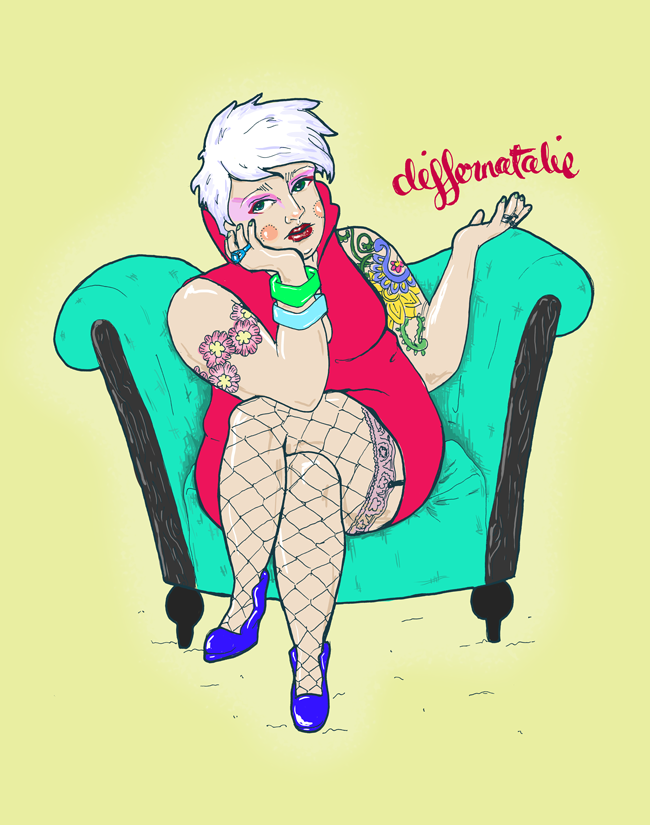 I’ve been watching Fringe lately and thinking about myselves, if I could ever possibly know the alternate mes that populate other parallel universes. A few years ago I went on a huge physics kick and watched any documentary I could find about the multiverse and wormholes and string theory, and even though I’m not really smart enough to know the mechanics of it all, the idea of it captures my imagination.

That my life’s decisions could spin off in fractal like directions and send alternate mes off chasing them gives me ample excuse to gaze longer at my navel. What crucial decisions have bought me to where I am today, and am I solely in control of those forks in my paths or do other people’s influence on me also influence my paths? (Um, yes I think so most definitely!)

It sounds like I’ve just come back off a mushroom trip, but it inspired me to illustrate three identities. Two I know to be true and I experience them every day, but one is more fun… a Differnatalie in a parallel universe.

I have ideas for more alternatalies, most of which are the identities I know I have in this universe. There’s probably a billion others in other universes.

Ok, back to reality now, thanks for indulging me!