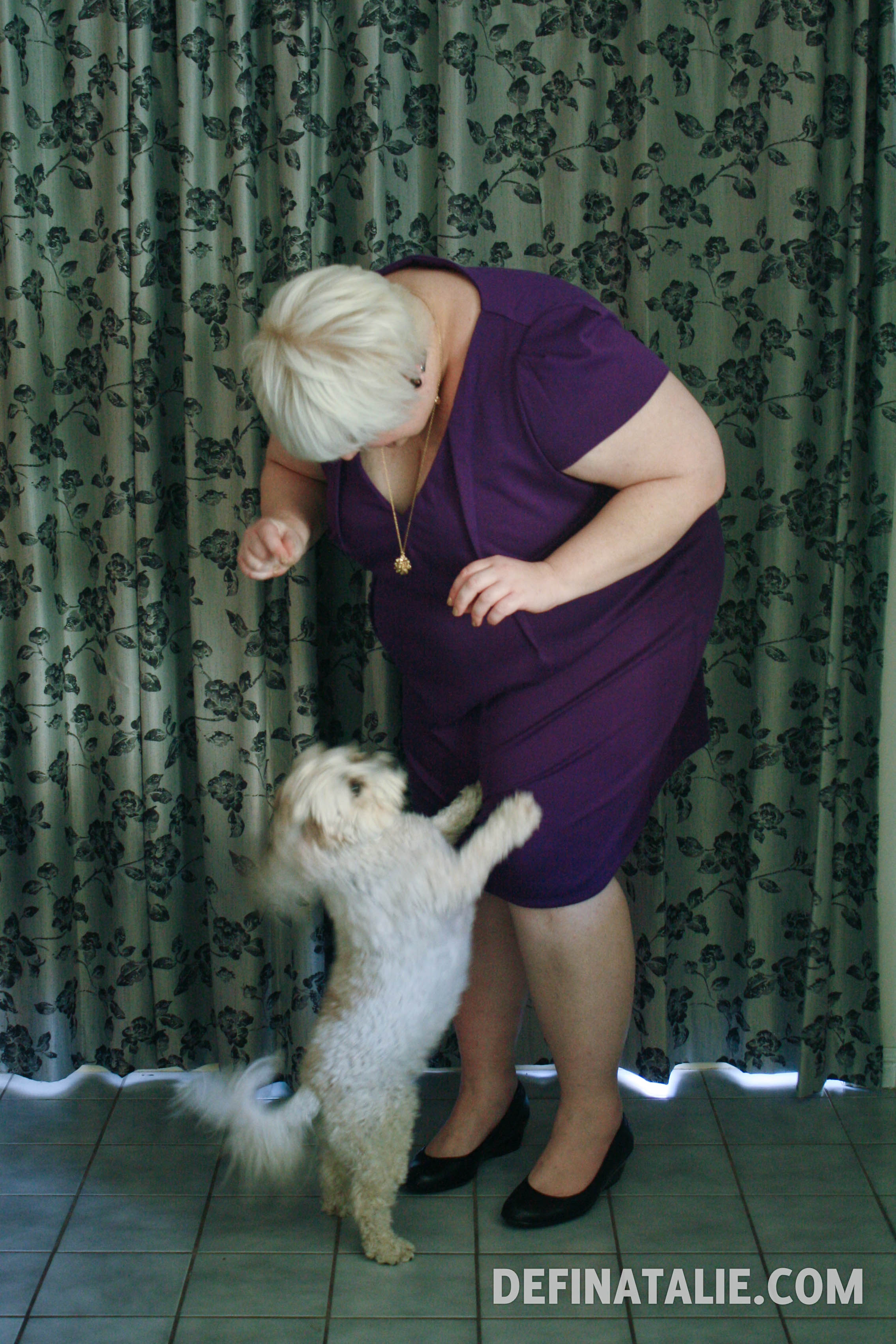 This has certainly turned into a sewing blog of late, and shall continue to be one for at least this post because I want to show you the fruits of my labour on the Burda Style Dart Dress. Firstly I owe a huge debt of gratitude to Kate for sharing this pattern with me, mwah mwah! Secondly, this is a pretty good pattern but I strongly advise sewing a muslin first because I had to grade the largest size up four sizes to EU 60 instead of my regular 56. I probably could have done with the 58 but more ease in garments is a bunch comfier!


Burda made this in a polka dot fabric which is so cute, but I couldn’t find anything besides rough-as digital print cotton at Lincraft (yeh I bought some what of it?) and I’d rather have something a bit nicer with more weight. The original pattern has 18 darts, so yes it is aptly named, but I eliminated the darts at the hem because on my muslins they restricted my ability to walk comfortably. That’s the beauty of a muslin too, you can edit the pattern to suit your body as well as the way you move.


I have a feeling this pattern will be used quite a bit because the darts can be sewn the other way around for a less ~darty~ dress, and the neckline darts can be taken out with a bit of nifty pattern altering. I’m very glad I ended up making three muslins (including the brown dress) in order to figure out the right size for me, because it’s a good basic pattern with scope for flexibility and adaptation.