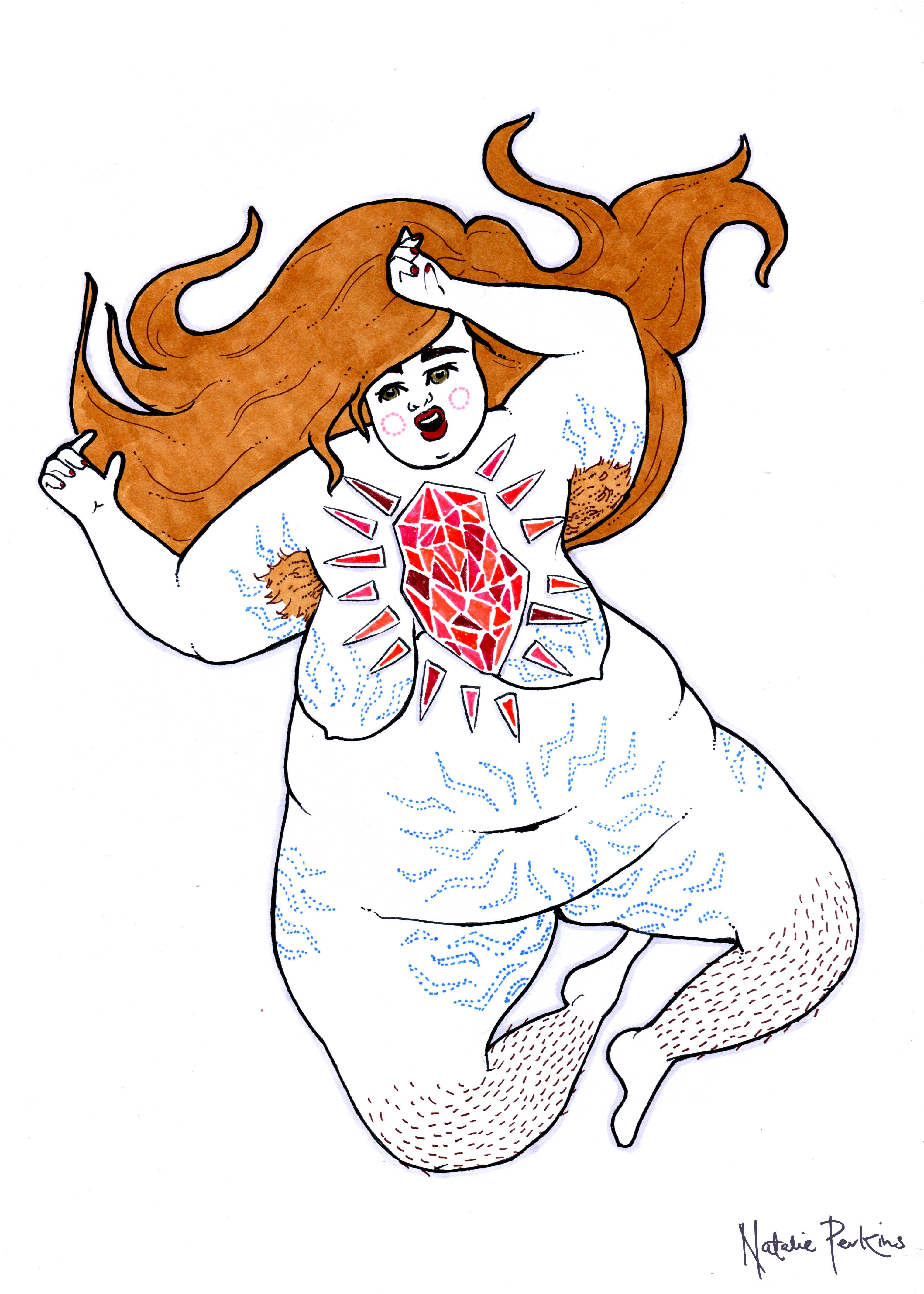 I’ve been drawing more and more with markers lately, and not even the fancy alcohol based ones. I only have a few of those (some Copics but mostly Shin Han Touch pens) and the few I have are running out of ink fast. A couple of weeks ago I saw Office Works had a tub of 50 Faber Castell Connector Pens on sale so I scooped them up and have been merrily doodling away the last few weeks. The difference between alcohol and water based pens is huge, you can blend and layer ink with the alcohol markers but if you put too many layers of ink down with a water based marker you’ll pull up a bunch of paper fibres. So they aren’t a proper substitute but they’re the substitute I can afford. For the price of 50 connector pens I would only be able to buy two or three alcohol based markers! These drawings use both types of markers; and the ability to layer and blend alcohol markers is evident in the first drawing.


My mother-in-law once said my drawings were rude and ever since then I’ve been self conscious about it. Considering a nude body as vulgar speaks of prudery and shame. I draw a collection of lines organised in a way that makes the brain conclude that it’s meant to represent a body, but there are other lines and shapes on these bodies that signify other things too. Art shouldn’t be read like a mirror, it’s more like a map. I really object to my drawings being read as titillating or erotic, as I’ve seen them put into that context on some tumblr blogs. It says a lot about the lack of respect for women’s bodies and the absolute disregard for consent, that an image of bare breasts is considered pornographic. I’m also reminded of all the boobs in ads targeted at men that are uncensored while images of breast feeding are considered offensive. I’m rolling my eyes directly at you, straight guys.